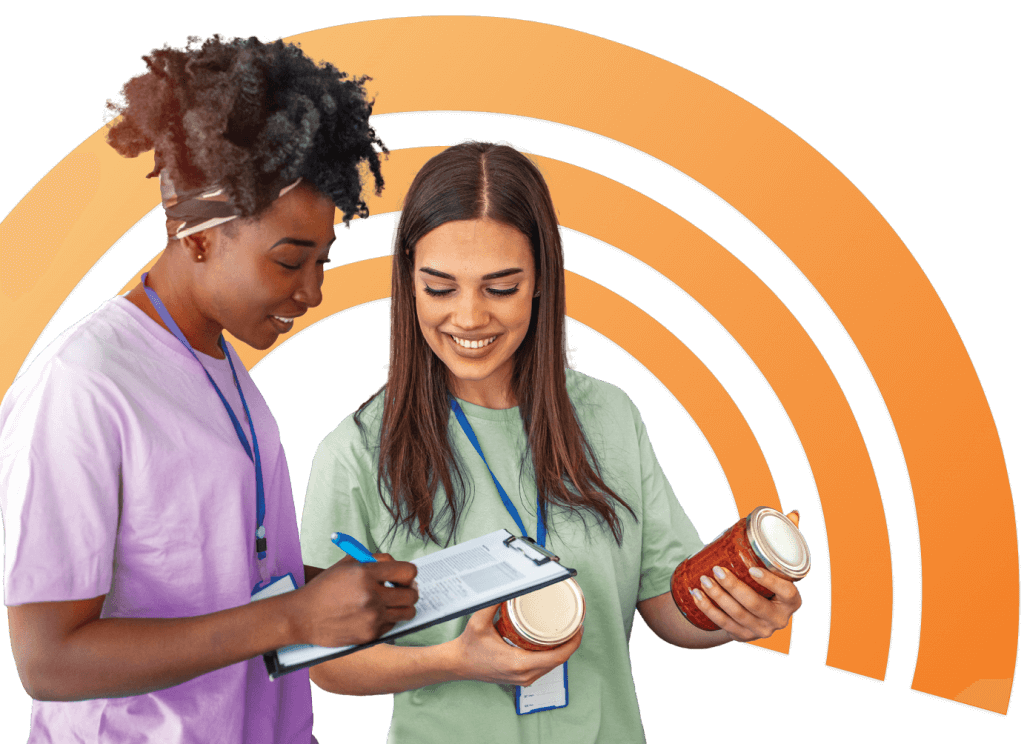 1922
The Madison Community Union is incorporated with 14 local agencies.

1950
A single fund-raising group was formed known as United Givers Fund to serve as the coordinating organization for local Chest agencies, plus state and national agencies who were now members of the Union.

1970
The Long-Range Planning Committee of the United Community Chest released a study and recommended adopting a new name: United Way of Dane County.

1986
Implementation of first community-wide needs assessment with City of Madison/County of Dane/United Way.

1990
Community problem solving formalized through creation of board standing committee.

1991
Tocqueville Society membership (people who gave $10,000 or more to United Way) increases from six to fourteen members and raises $220,000. Campaign increases 8.3 percent over the previous year, during recessionary time. The Youth Volunteer Initiative (YVI) is initiated.

1993
United Way of Dane County Foundation has assets of $343,657 within its first six months of existence. Our first “Day of Caring” involves more than 125 volunteers, donating more than 500 hours to the community and working for 14 different agencies. 23 students from 17 area high schools allocated $20,000 through the first By Youth For Youth fund distribution process.

1994
First distribution of funds from United Way of Dane County Foundation in the amount of $10,530. Foundation donors are involved in decisions.

1996
Largest individual gift ever is given to United Way of Dane County:
$100,000.Board endorsed moving ahead on remodeling or replacing United Way of Dane County’s building. We joined as a partner in the Schools of Hope effort, taking a leadership role in the Minority Youth Achievement Task Force. Modified First Call For Help (FCFH) data base and licensing guidelines, allowing other nonprofits to access FCFH from their agency sites.

1998
Don and Marilyn Anderson become United Way of Dane County’s first members of the United Way of America Million Dollar Roundtable through their gift of $1 million for a new building. First Call for Help initiates a list serve service, DaneNeed, which is recognized as a “Best Practice” in addressing needs related to welfare reform.

1999
Ground is broken for construction of new $3.2 million Anderson United Way Building on the parking lot immediately east of the original building. Revised mission statement and new 5-year vision emphasize United Way’s role as a “community builder” that brings people and resources together to solve problems.

2000
United Way moves into new building on June 20. The old building is demolished the second week in July and replaced with new parking lot. On August 17, 800 people from the community attend our Open House, nearly 500 of them provide guidance to United Way for the future through several interactive forums.5-year report on Schools of Hope announced successful achievement on the initial project goals; United Way commits to five more years of collaborative work.

2001
United Ways respond locally and nationally to the “9/11” terrorist attacks on New York City. United Way of Dane County partnered with all local media on the United We Stand/Wisconsin Cares telethon conducted from our offices. Despite the events of September 11th and a soft economy, campaign raises $13,357,800.

2002
First Call for Help becomes “United Way 2-1-1” on June 11, as national 2-1-1 information and referral phone number is implemented. United Way of Dane County becomes first United Way in the country to develop a partnership with other Dane County volunteer clearinghouses including RSVP of Dane County, MATC and the UW-Madison Morgridge Center to share the “Volunteer Solutions” database available through United Way of America for matching volunteers with placements.

2003
United Way of Dane County Foundation celebrates its 10thanniversary. Updated Mission Statement is adopted: To unite and focus the community to create measurable results in improving people’s lives and strengthening our community. United Way develops our community’s “Agenda for Change” that states the community visions and goals that will be the focus of UWDC’s work in the coming years:

2004
Schools of Hope data shows the racial achievement gap at the 3rd grade reading level has been closed. Academic success can no longer be predicted on the basis of race or ethnicity. United Way secures resources to complete planning for and launch of Healthcare Access Pilot in concert with Health Council Partners. “Volunteers in Gear” Campaign is launched to recruit 1,000 community volunteers to provide assistance that helps older adults stay independent and in their own homes.

2006
United Way convened the Latino Advisory Delegation, a diverse group of Latino community leaders who were asked to help us understand how the Agenda for Change could better serve the changing and growing population of Latinos. Work with this group represented UWDC’s centerpiece for community engagement in 2006, culminating with the publication of the report Cuéntame: Latino Life in Dane County. Work on the Agenda for Change includes:

2007
Index of Impact indicators updated and refined. Scope and dimension of the issues addressed in the Agenda for Change defined. UWDC designated by United Way of America as a Center of Excellence; national award for transformation to community impact received at Staff Leader’s Conference. Born Learning Delegation convened and launches work on the Born Learning Mobilization Plan that includes an unprecedented county-wide 4-point strategy to bring together healthcare providers, caregivers and educational specialists to improve pre-school child readiness in our community. Goal is for 75% of the children entering kindergarten will have the necessary skills to be successful as measured by a community assessment tool (Ages & Stages) by 2013.

2008
Delegation on Disconnected and Violent Youth develops and launches work on Achievement Connections, a 4-point strategy to keep students from disengaging from family, school, and the community and increase the graduation rate in Dane County to 95% by 2012:

The Schools of Hope initiative continues to grow:

United Way of Dane County was asked by Through United Way of America’s National Professional Council to provide leadership and technical assistance to help other United Ways develop a Mobilization Plan to address academic achievement issues in their own communities.

2009
Increased emphasis on Major Gifts as a strategy to raise additional resources to support work on the Agenda for Change. Collaboration between Resource Development and Community Impact departments results in successfully securing nearly $1.9 million in multi-year grants to implement programs that keep families and veterans from becoming homeless.

UWDC convenes an economic summit for non-profit organizations do discuss strategies for doing business in this year of unprecedented economic uncertainty.

Two new Mobilization Plans are developed: 1) United Way 2-1-1 and 2) Increasing Volunteer Engagement in the Agenda for Change. Implementation of these plans will begin in 2010.

Specific strategies that were developed through Mobilization Plans to produce results in the Agenda for Change prove to be very appealing investment opportunities for donors. UWDC attracts $1.4 million in both investments and grants in our housing, education, early childhood, and volunteerism strategies.

The challenging economic climate is seen in campaign results that do not reach goal for the first time in years. Reserve funds are used to supplement campaign results and nearly $17 million is invested to solve the most pressing local issues.

2010
New long-range goals developed for 2011-2015 address the deepening of our commitment to the Agenda for Change and organizational excellence, and achieving a major transformation in resource development practices comparable in scope and impact to our earlier change from a fundraising to a community impact business model.

Our new Brand Archetype of achievement – working with the community to set and achieve seemingly impossible things – is visible in our 2010 Campaign theme, materials, and events.

Received new and re-compete grants totaling $1.4 million. The largest grants received were from the Henry J. Predolin Foundation for Housing First and food programs, an AmeriCorps grant to mobilize volunteers advancing our Agenda for Change initiatives, and a Department of Justice grant to provide Housing First to survivors of domestic violence.

Mobilization plan on Safe and Healthy Aging that focuses on reducing falls and adverse drug events among seniors is developed.

Delegation to Improve Behavioral Health is formed and charged with identifying opportunities for systemic improvement in how behavioral and mental health issues are addressed in Dane County.

UWDC incorporates social media as a communications and engagement tool, with a Facebook page with 430 connections, a Twitter page with 947 followers, and a LinkedIn page with 178 connections.

Building on work started in 2010, the Delegation on Safe and Healthy Aging looks to reduce the rate and number of adverse drug events and falls of older adults in Dane County by 15% by 2015.

2012
Madison Metropolitan School Board and United Way of Dane County Board held a first-ever joint meeting to review our longstanding partnership and the community’s progress on closing the racial achievement gap.

Evaluation of Schools of Hope by an outside evaluator validated that our work makes a difference. Students tutored 1:1, 1:2 or 1:3 for at least 15 sessions showed more improvement in reading scores than similar students who did not receive the tutoring.

In order to deepen relationships with our top donors, resources (staffing and time spent) are distorted to focus on these priorities:

United Way 2-1-1 is nationally accredited by the Alliance of Information & Referral Systems (AIRS) and recognized for three best practices that are shared with other information & referral providers throughout the US and Canada.

$1.88 million in government and foundation funding is awarded to support the strategic initiatives of the Agenda for Change.