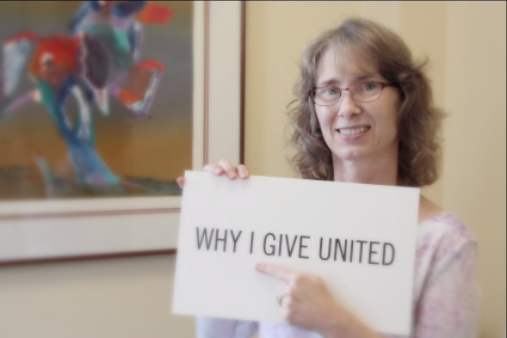 “I was born and raised in Madison, and my parents were givers. I was two years old when I first heard about United Way. My aunt and uncle and cousins were over, and it was a hot, humid Saturday night. My uncle got up to go to the bathroom and collapsed. He left behind five kids, plus a wife who was seven months pregnant. Because of United Way’s help, along with help from family and friends, they were able to stay together and their life was made a little bit easier because of United Way.”

Kelly Sullivan has been giving to United Way since she started her career at Webcrafters in 1982. Kelly is a Loyal Contributor, a group of givers who have donated for 25 or more years. It is an incredibly special group filled with members who are true testaments of what it means to be a dedicated United Way giver. United Way is so excited to honor this group next week at the Loyal Contributor Party (RSVP below)!

Kelly served as a Loaned Executive in 2007 and said that experience opened her eyes to the depth of the issues that face our community.

“United Way really does a great job of hitting every single age. They can help with prenatal, then can help with birth, they can help with growing up, school, getting a job, growing older, helping your parents. I really think it’s a well-rounded organization. I’m going to give; it’s just a matter of how much I can.” 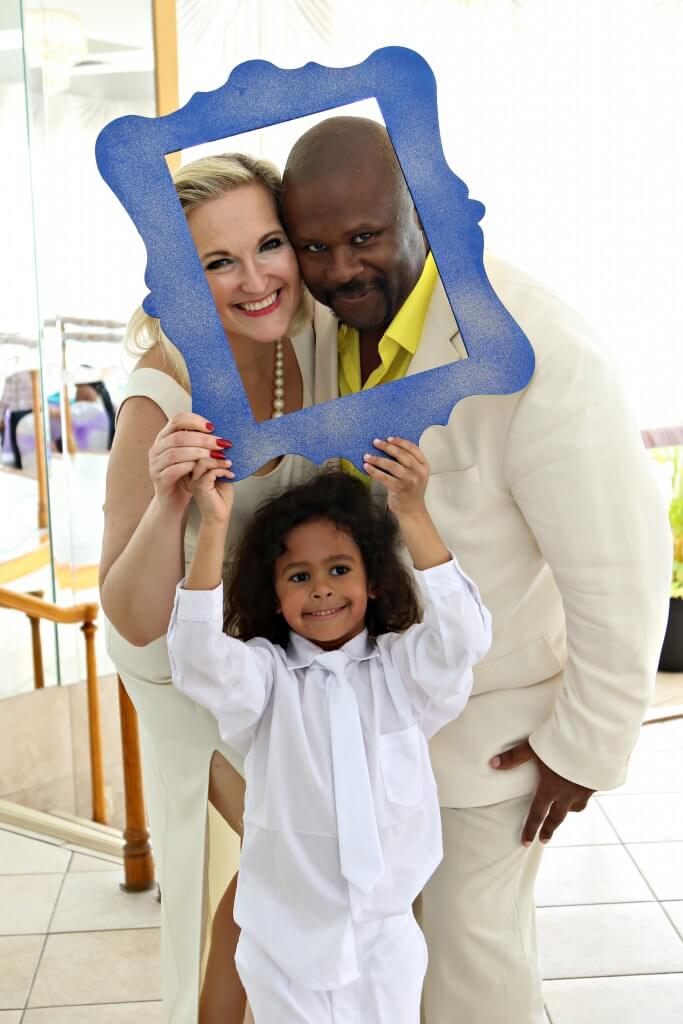 Ivory Ross and his family have a simple motto: Give because it’s the right thing to do for ourselves, our neighbors and our community. Growing up, “philanthropy was called helping your fellow neighbor, family member, friend or stranger when the need arose,” recalls Ivory.

Ivory is a Loyal Contributor and has been a United Way advocate throughout his American Family Insurance career. Ivory served as a Loaned Executive in 2008. But his dedication to United Way began long ago when he was a young father whose infant needed United Way services. Today, Ivory and his wife Joan (pictured here with their 5-year-old son) instill a sense of giving back in all of their children. Ivory and Joan say as parents of a pre-K student, they see how critical early childhood support is for a child. “We believe strongly in supporting United Way and its partners to ensure children are on a positive path to life-long learning.”

Ivory and Joan say they continue to give to keep the values alive that their parents passed down to them. It’s a theme many Loyal Contributors repeat as their reason to give year after year.

“Being a Loyal Contributor, we believe that giving creates opportunities, provides hope where there may be none, raise the community as a whole and nourishes the soul of both the giver and receiver,” says Ivory. “Change begins with one person at a time. That one person might as well by you!”

Mike McKenna’s relationship with United Way spans decades, dating back 37 years when he began working at Oscar Mayer. His roots are firmly planted in Dane County, growing up and raising his family in Madison.

Mike is a dedicated advocate for United Way, serving as a Loaned Executive in the 90s, then returning to the LE program right after he retired. In that time, Mike became aLoyal Contributor. In the beginning, he gave to United Way “because that’s what you did.” But as his relationship deepened with United Way, he now gives for another reason.

“When I am giving money to United Way, I know it is being used efficiently and effectively. It is really crossing all boundaries in terms of trying to make our community the best place to live. It touches everything. That’s why I give United Way.”

Not only is Mike a stellar United Way advocate, he is also an indispensable member of the community. He is the Assistant Golf Coach at Edgewood High School, a devoted volunteer at First Tee of Central Wisconsin and has partnered with the same child for the last three years through Big Brothers Big Sisters.

Thank you, Kelly, Ivory and Mike, for your passion and dedication to make Dane County a better place for all!